Take a look at our students' beautiful artwork and poetry completed this fall.

Students in Advanced Art with Lejoi Reese studied ukiyo-e, or the Japanese art movement known as "pictures of the floating world." Beginning in the 17th century, ukiyo-e was an iconic and important movement in Japanese art, depicting worldly pleasures in the upper echelons of Japanese society. As art done in the ukiyo-e style was carved into woodblocks, it tended to be flat in appearance and lacking depth, while light in detail. However, as the art was meant to portray the artist’s viewpoint, it was not created to represent real life.

The most famous artist in this style, Katsushika Hokusai, is known for his series Thirty-six Views of Mount Fuji (c 1831), which includes the iconic print The Great Wave Off Kanagawa. Hokusai’s art would become internationally recognized and renowned, inspiring Western artists such as Vincent van Gogh, Claude Monet, Claude Debussy, and Tom Killion. 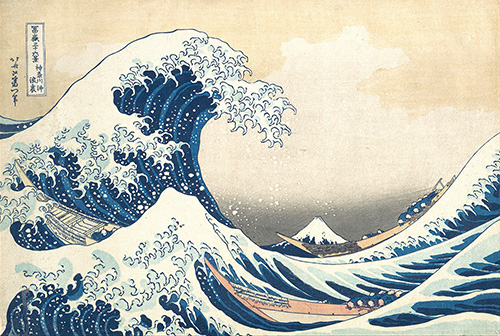 Tom Killion is an American artist, author, African historian, and educator who specializes in landscapes of Northern California in the ukiyo-e style, though his technique uses oil-based inks, linoleum block, and a printing press as opposed to the traditional use of woodcarving. 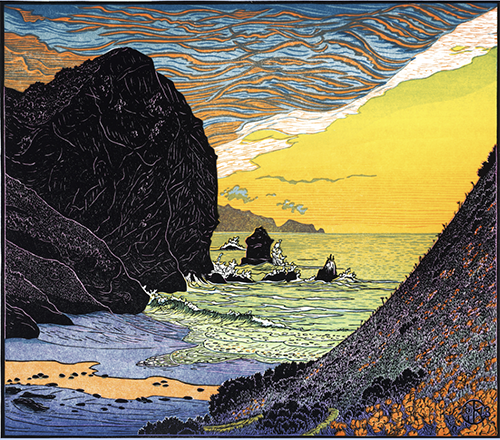 Our Advanced Art students took a field trip to the Hakone Gardens in Saratoga to see Killion’s art on display as well as the Japanese inspired gardens. Once at the gardens, students were expected to create their own watercolor paintings in the same ukiyo-e style as well as write a haiku poem inspired by their own artwork. The idea was to bridge the literature and art world together—write a haiku influenced by the image they’ve chosen to paint.

For Lejoi, she wanted to make sure that her students were getting a STEAM based learning experience that would relate to their module on color and contour lines, but also get them out into nature. "I wanted the students to use their own self expression and be inspired by nature, as well as have fun to go outdoors and see something beautiful." As STEAM is the idea that you incorporate several topics—science, technology, English language, art, and math—into one, Lejoi’s assignment to paint in the ukiyo-e watercolor style with an influenced haiku poem manages to combine art and literature. 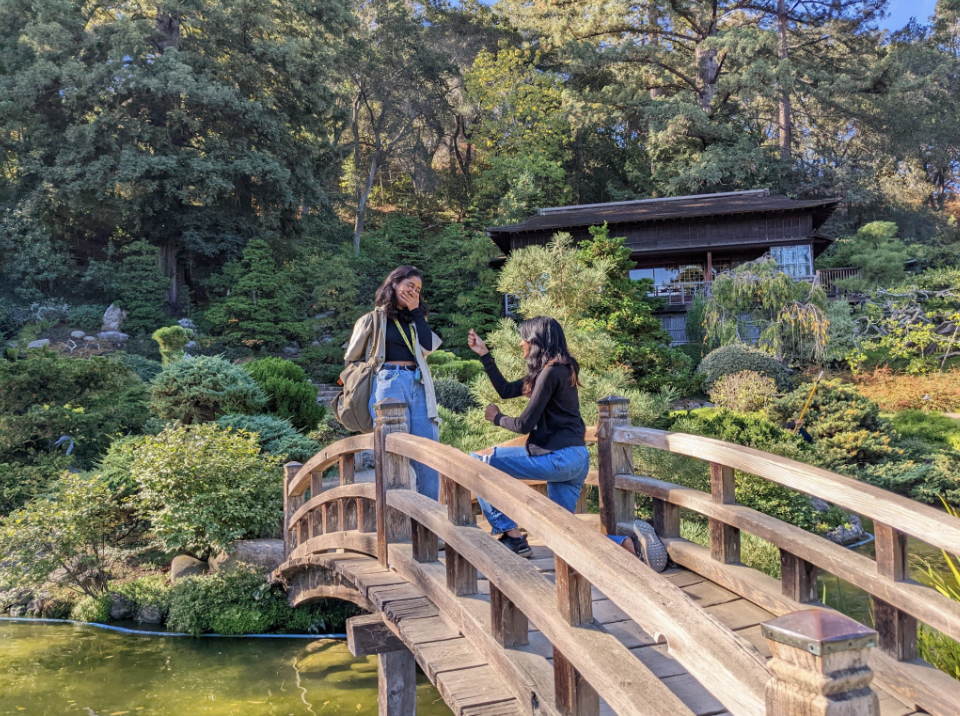 From the student’s perspective:

Pooja Punn (‘24) described her artwork and haiku as "fairytale-inspired," choosing to focus on a "little wooden pole with flowers that caught her eye." Her first draft, sketched in the moment at the gardens, focuses on a smaller subject matter than those of her classmates, but for what it lacks in size, Punn makes up for in artistic skills. As for her haiku, well, "[she] came up with the painting first, and therefore the haiku will correlate with the art. The haiku is forcing me to relate to the art and focus on the nature and subject as it relates to the poem…[she] like[s] poetry because it makes you reflect on what you’re trying to evoke with your art."

Audrey MacAskill (‘26) is in agreement with Punn, as she focused on making sure her haiku matched her art. "I wanted someone to read the haiku then see my art and say ‘oh! It matches!'" For someone’s first time writing a haiku, she certainly does hit the nail on the head in creating a poem that effortlessly matches the tone and feeling of her artwork.

Meanwhile, Sharanya Nemane (‘24) feels as though the field trip was important to help fully understand the concept of ukiyo-e as "being there gave a physical feeling for the haiku and the art." All the students are in agreement that the field trip itself helped bring the concepts to life. By seeing the gardens and getting a real-life perspective of the art they are tasked with creating, the students found that the lesson itself was easier to complete.

Overall, the field trip and the lesson itself was a smashing success, with Lejoi saying that she would "100% do it again next year as [she] loves it and the kids clearly love it."

Take a look at our students' artwork and poems below to see just how their hard work and talents paid off! 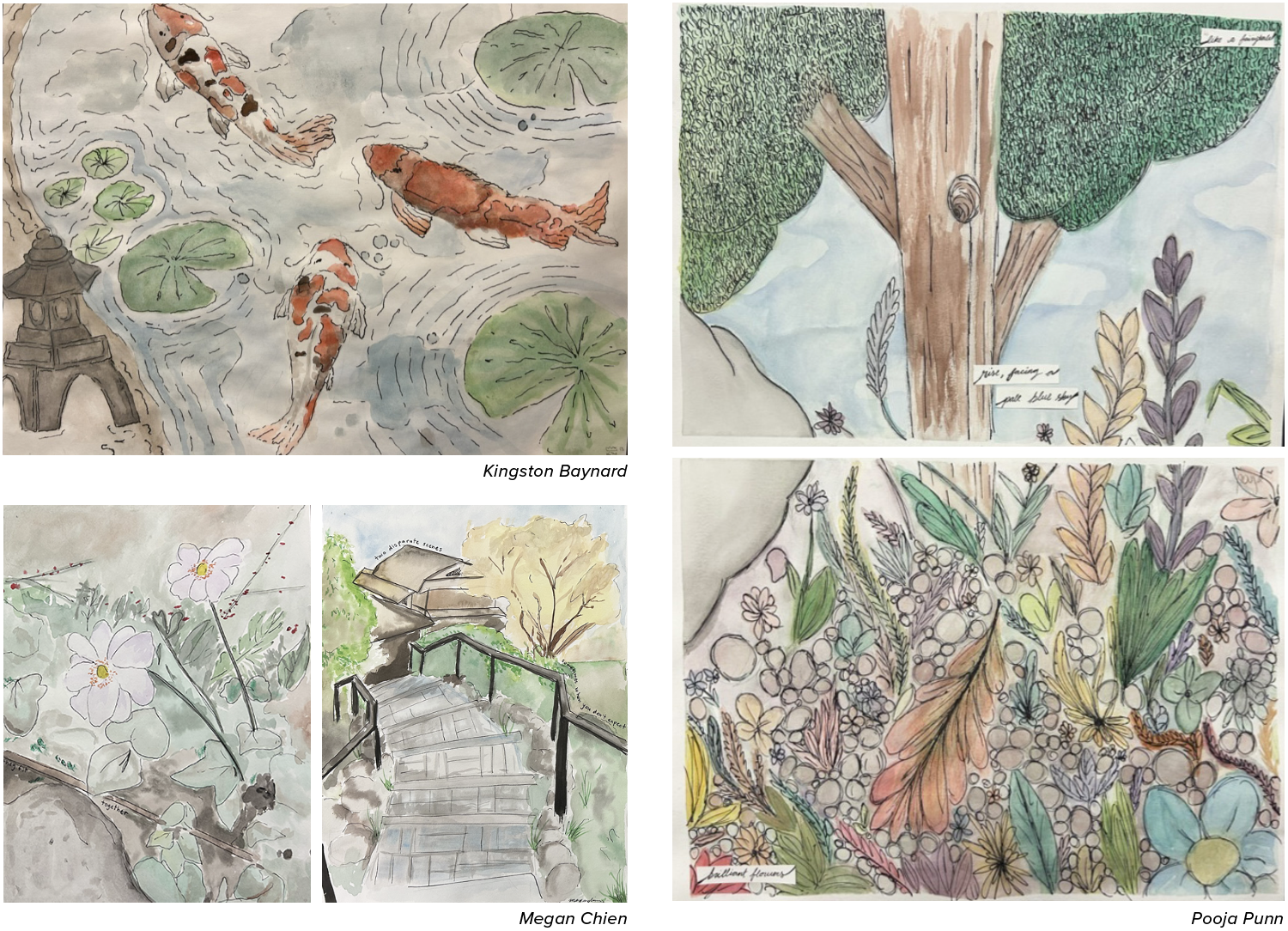 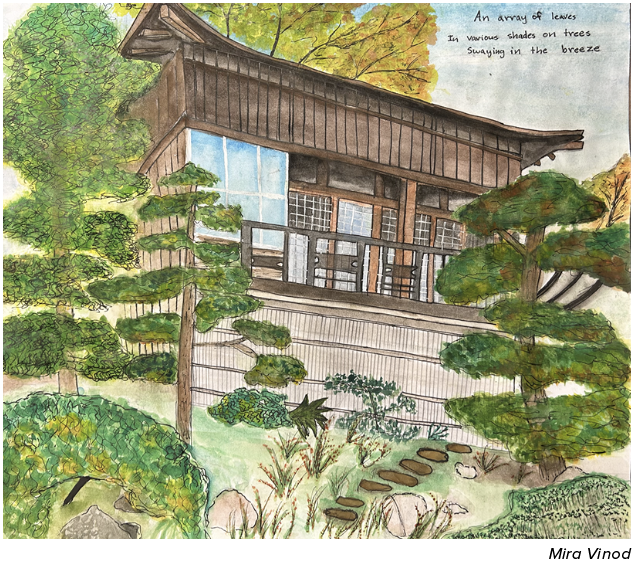 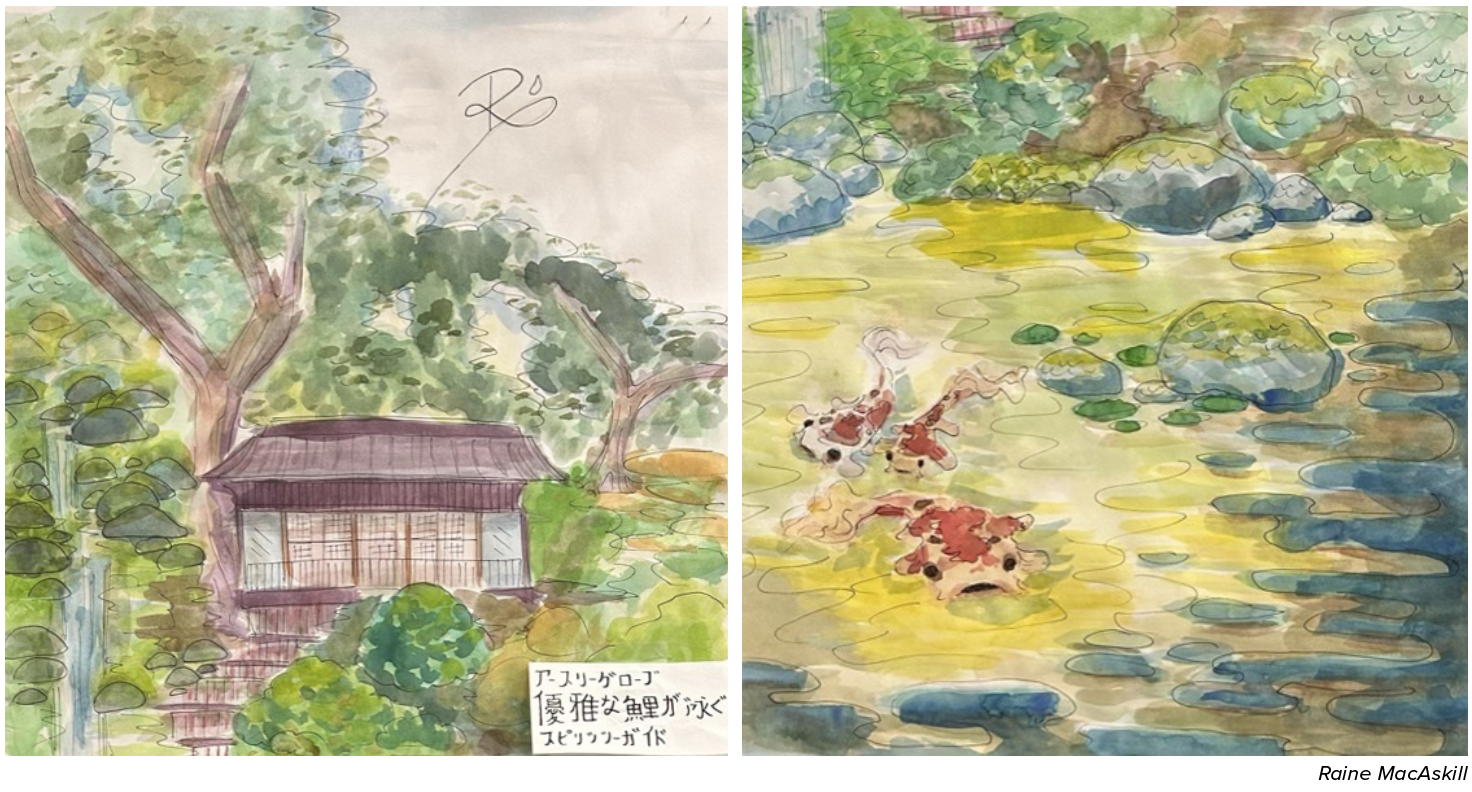